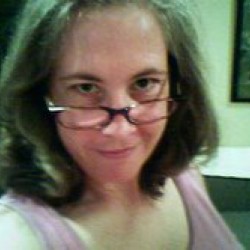 I read anything that's nailed down, or even just moving slowly. Cereal boxes, candy wrappers, all genres, etc., and I don't always have much time for arbitrary distinctions like literary fiction vs. genre fiction. 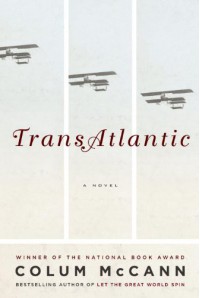 Disclosure: I'm Irish by heritage, if not by nationality.

I like how I just kept checking off the tags just now (culture, racism, war, etc.), but that's what this book is: Any story that begins with Frederick Douglass visiting Ireland in the 1840s, when the genocide of the potato famine was really starting to crank, is going to have all of these elements and more.

Chronologically, this story starts with Douglass in 1845, two aviators in 1919, and Sen. George Mitchell of Maine in 1998, each of whom crosses the Atlantic from America to Ireland. They are seeking continued freedom, fame and glory, and peace, respectively. The book begins with the 1919 thread, then jumps back to 1845, and then jumps forward to 1998. The rest of the book weaves in and out and around from these three points.

In addition, four generations of women appear at various points in the mens' stories, beginning with Lily Duggan, an Irish maid in the house where Douglass is visiting, and ending with Hannah in 2011. At first, and as usual, the men take center stage as they go about their important works. But then the women begin to emerge with their own stories, which are a much more thorough picture of the times they lived in.

The language is uniformly beautiful in this one. It can take awhile to get into McCann's sometimes telegraphic style, but it's worth it. He also uses the European style of indicating dialog with an em-dash instead of "quotes," until he switches in the very last chapter--interesting. The novel doesn't have a straight, linear, "this happened and then this happened" structure. It's better described as a collection of loosely connected vignettes.

I loved the historical aspects of this book--a black man visiting Ireland, ice farming in the U.S. Midwest, a field hospital in the Civil War, the peace process leading to the Good Friday Agreement (that aimed to end The Troubles-yeah, no), pictures of city and country life, etc. Where the book is less strong is in the interior lives of the characters. They aren't as deep as they could be. But I'm very glad I read it. Recommended for history, historical fiction, and language buffs.
Tweet